you need by your side.

Mr. Coombs specializes in defending only Army Soldiers.
He understands the Army, its distinct culture, and its legal
process.

Mr. Coombs is a Soldier. Just like you. He served twelve
years on Active Duty and is currently a Lieutenant Colonel
in the U.S. Army reserves.

Should I Hire a Civilian Attorney?

You’ve just been told you’re being court-martialed. You are likely wondering, “Should I hire a civilian attorney?” You may be surprised by the answer.

The general court-martial process can feel complicated and overwhelming. You may be unsure of the next steps and confused about the unfamiliar legal jargon.

If you are facing a general court-martial, you likely have questions. Find answers to frequently asked questions.

… his courtroom skills are second to none in the JAG Corps. – Officer OER

An Army Only Military Defense Firm

The Law Offices of David E. Coombs is an Army only military defense firm. It was established to provide exceptional legal counsel, service, and representation exclusively to Army soldiers. The firm is the only one in the country to specialize in Army defense.

Mr. Coombs’ decision to represent only Army soldiers is influenced by his belief that every branch of service is different, and that you need an attorney who truly understands your particular branch of service. Mr. Coombs understands the cultures, customs, and nuances of Army life. Those attorneys who have served in the Air Force, Marines, or Coast Guard may not. This doesn’t mean that they aren’t good attorneys – it just means that they may not be the right attorney for you.

By specializing exclusively in Army criminal defense, Mr. Coombs is able to master every facet of the Army justice system. You can be assured that Mr. Coombs will be aware of latest Army case law, procedures, and regulatory changes that may impact your case.

Army criminal defense attorney David E. Coombs is widely regarded as one of the best civilian military defense attorneys in the United States.  He has been practicing criminal law for nearly two decades, and has handled hundreds of administrative and criminal cases in the Army justice system.  Most importantly, he gets results. Here are some things you should know about Mr. Coombs: 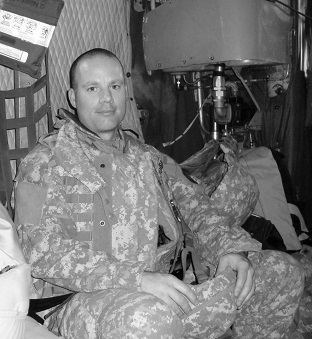 Whether you are facing a general court-martial, a show-cause board, a promotion review board, or a general officer memorandum of reprimand, Mr. Coombs has the experience and insight to effectively fight for your rights.  Mr. Coombs combines an astute legal mind, a tireless work ethic, and a personal demand for excellence to achieve optimal results.

When you are deciding whether to hire Mr. Coombs, he will discuss your case with you at length, explain your rights, and go over all of your legal options so that nothing is left unclear or misunderstood.  When you retain the services of our firm, you can expect to receive frequent correspondence, individualized attention, and professionalism at each stage of your case.  Who will represent you is not just of vital importance, it is personal.

If you or someone you love is facing a court-martial or an adverse administrative action in the United States Army, you have come to the right place.  Mr. Coombs is fully prepared to begin defending you today.  He makes it a priority to provide you with personal attention and dedication in order to help you get back to your life. Contact Mr. Coombs today.

For information on military justice matters, visit my blog.

Mr. Coombs is interviewed by The Today Show's Savannah Guthrie.