by David Coombs in Military Rules of Evidence 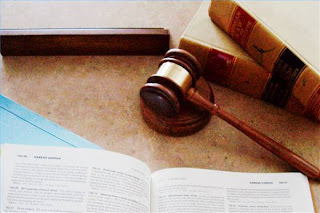 1. Rule 807: A statement not specifically covered by Rule 803 or 804 but having equivalent circumstantial guarantees of trustworthiness, is not excluded by the hearsay rule, if the court determines that (A) the statement is offered as evidence of a material fact; (B) the statement is more probative on the point for which it is offered than any other evidence which the proponent can procure through reasonable efforts; and (C) the general purposes of these rules and the interests of justice will best be served by admission of the statement into evidence. However, a statement may not be admitted under this exception unless the proponent of it makes known to the adverse party sufficiently in advance of the trial or hearing to provide the adverse party with a fair opportunity to prepare to meet it, the intention to offer the statement and the particulars of it, including the name and address of the declarant.

2. Counsel’s Objective. To introduce into evidence a hearsay statement regarding a material fact when such statement does not fall within a firmly rooted exception, but is more probative than any other reasonably obtainable evidence, and when admission of the statement is in the best interests of justice.

a. Offer hearsay under as many enumerated theories as possible. Most hearsay arguably can be pegged to one of the traditional exceptions, such as excited utterance or medical diagnosis or treatment. However, there will be instances when for some technical reason (i.e., the declarant did not appear excited or the declarant did not make the statement for the purposes of treatment or diagnosis) that the statement will not meet the criteria of one of the standard exceptions. Seek the statement’s admission first under one of the traditional exceptions, but also give notice under Rule 807 as a fallback.

b. Satisfy the requirements for admission spelled out in the rules themselves:
(1) Provide notice. The Rule requires giving the opposing side notice of your intention to introduce the statement.
(2) Establish materiality. It is generally easy to establish that the statement’s admission is critical to the determination of an issue central to the case. There is no special definition of “material”.
(3) Establish that the statement is more probative than any other available evidence. It is trickier to show that the statement is more probative than any other procurable evidence when the witness is available. While an unavailable declarant helps a counsel avoid the counterintuitive argument that a pretrial out-of-court statement is more probative than in-court testimony, the declarant’s unavailability is no guarantee for admission of the statement. Counsel should make the record clear as to the ultimately unsuccessful effort made to get more probative evidence and why the statement in issue is more probative than other available evidence. Among the possible reasons establishing greater probativeness are the following:
(a) the statement is direct evidence and is more probative than any available circumstantial or expert testimony on the same point;
(b) the statement is more detailed or specific than any other available procurable evidence;
and/or
(c) the statement can resolve a dispute concerning a material fact at issue.
(4) Articulate how admission of the statement serves the interests of justice. Anticipate you opponent’s argument that the residual exception is to be used sparingly.
c. Satisfy the constitutional requirements for admission: Every accused enjoys the right to confront witnesses against him based upon the Sixth Amendment Confrontation Clause. The military judge will be required to make findings fulfilling the requirements of Rule 807 and regarding the trustworthiness of the statements in accordance with Idaho v. Wright, 497 U.S. 805 (1990). Essentially, hearsay is admissible when the witness is unavailable and the hearsay either falls within a firmly rooted hearsay exception or has particularized guarantees of trustworthiness. However, you must be cognizant of any Crawford problem with the hearsay statement. Crawford v. Washington, 541 U.S. 36 (2004). The Crawford decision requires a determination regarding whether out-of-court statements are “testimonial” or “nontestimonial” in nature. A statement is “testimonial” if it was made under circumstances which would lead an objective witness reasonably to believe that the statement would be available for use at a later trial. In light of Crawford, “testimonial” hearsay is inadmissible at trial unless the declarant is unavailable and the defense was afforded a prior opportunity to cross-examine the declarant.
(a) A sworn, voluntary, detailed statement alone will not automatically guarantee admission. A skeptical interviewer may be a trial counsel’s best friend since it will be more difficult for the defense to argue that the declarant was influenced by the questions. While trial counsel ordinarily accept police statements as the gospel truth, the courts have been less trusting. The more the statement is in the witness’s unedited thoughts, the better chance of qualifying as residual hearsay. An interviewer must be willing to risk an inconvenient (to the Government) answer in the interests of making it clear that she did nothing more than provide the opportunity for the witness to tell the story. To the extent that the statement appears more narrative (hence arguably less directed) and reflects an internal consistency, the court is more likely to find it reliable. What you read as a rambling nightmare of a statement actually may help your case.
(b) Among the factors enhancing the “circumstantial guarantees of trustworthiness” enunciated by the United States Supreme Court are the following:
-spontaneity and consistent repetition;
-mental state of the declarant;
-use of terminology unexpected of a child of similar age; and
-lack of motive to fabricate.
Justice O’Connor, writing for the majority, noted that this list is not exclusive. Among other factors cited in military cases are:
-the interviewer did not notify the declarant in advance of the interview;
-the interviewer continually stressed the need for the truth;
-the interviewer used open-ended, non-leading questions;
-the witness’ lack of animosity towards the accused; and
-the witness’ sticking with the same version even when an opportunity to recant without penalty presented itself.
(c) Other evidence in the case is not relevant for determining whether the statement at issue is trustworthy. Corroborating evidence cannot be used to establish indicia of reliability. Here is a checklist of factors, based on Idaho v. Wright and the military cases which have followed that decision, used to determine the reliability and trustworthiness of the statement: