by David Coombs in Article 32 Hearings 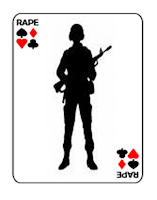 Being a victim of rape is obviously a terrible thing. A close second to this is being falsely accused of rape. False allegations of rape are serious. They have the potential of destroying the lives of the person accused – costing the accused his career, his family and even his freedom.


Some in the legal system seem to believe that false allegations do not happen. They are quick to come to the aid of someone that says they were raped. Instead of making sure that the allegations are true, these individuals tend to reinforce the false allegation. Sadly, many in law enforcement ignore evidence that is inconsistent with their belief that a rape occurred.


This is the situation that an officer client of mine found himself in just last month. A female soldier alleged that he had raped her. Despite having evidence that the allegations were motivated by spite and regret over a sexual indiscretion, the government charged him with rape and aggravated sexual assault. Under the UCMJ, he was facing the very real possibility of spending the next few decades in prison.


At the Article 32 hearing, I was able to convince the Article 32 officer and the government that these charges were false allegations. The government chose to do the right thing. They followed the advice of the Article 32 officer and dismissed the rape and aggravated sexual assault charges.
If you have been accused of rape or some other offense, seek defense counsel immediately. Do not answer any questions about the alleged incident or talk to law enforcement until you have a defense lawyer present. If you are innocent, your first instinct may be to try to clear things up with law enforcement or your chain of command, but you need to realize that your words can be twisted and used against you. An attorney with a proven record of successful rape defense is your best ally if you have been falsely accused.