by David Coombs in Client Comments 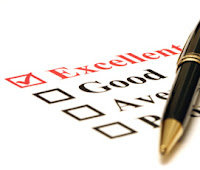 Client comments speak volumes about the work of an attorney. Here are some comments from clients that recently received positive results due to Mr. Coombs’ efforts.

PVT Bailey said…
To whom It May Concern:I was charged with rape. My initial thought was I was going to jail for the rest of my life. I did not know what I would do. After talking with David, I felt so much better. I can’t tell you how great it felt to know someone was fighting for me. I will never forget what he did for me. My case was dismissed after the pretrial hearing. I couldn’t believe it when he told me that I was not going to be court martialed. That was the best day of my life.

MSG Waters said…
I have had my share of dealing with lawyers throughout my 19+ yr career in the military. Many have been overwhelmed by huge workloads and minimal staffing to lack of experience.All too many times I have seen the Military favor the Prosecution side of the house with funds and support. Yet, defense (TDS) has gone with huge case loads and minimal support. Many of these great lawyers are overwhelmed by this work load that is never ending. I was fortunate to find Mr. Coombs while searching the internet. David immediately listened to me about my case and offered his professional advice (free). He took almost an hour out of his day to talk to me and answer my questions. It is because of this I chose to use David as my legal advisor to my Military counsel and during my court martial. It is because of Mr. Coombs legal review and professional experience and advice that I was found innocent of 2 specifications of Aggravated Assault Consummated by Battery, and 1 Count of Disobeying a lawful order. I was looking at 1yr in prison, Bad Conduct Discharge and loss of 100% of my retirement. A devastating reality for a crime I didn’t do. Over the next 3 months David was there to help me, answer questions and advise my legal counsels on the best course of action. It was his work that organized that got my Military legal counsels ready and prepared to defend me.In the end, David has shown more concern to me and my situation than my own command and friends. He took the time to explain legal strategy and terms. Gave me questions to ask of my attorney’s here and advise me on what should be done as well as advise the legal team here.Mr. Coombs although thousands of miles away was able to bring a happy ending to a very one sided and unsympathetic Prosecution who was determined to see me in jail.I HIGHLY, recommend Mr. David Coombs for any case in which one might consider him for their legal representation.

SFC Wilson said…
Mr. Coombs expertise, experience and became invaluable when I found myself accused of several crimes or violating several articles of the UCMJ. Mr. Coombs provided me sound assistance and advice throughout the nearly 8 month ordeal. His dedication enabled me to contact him about my case even while I was deployed to Afghanistan and he was covering multiple cases. I quickly realized that Trial Defense (TDS) was overwhelmed and could offer little assistance beyond general advice concerning my situation. Mr. Coombs stepped in and helped me understand the process providing invaluable direction and sound decisions. David’s advice and dedication to the defense of those who defend our Nation is outstanding. I have no doubt that my case would have resulted in Court Martial without David’s assistance. I would recommend his services to any Soldier who finds he or she requires legal representation concerning prosecution by the Army.Thanks Again David

Ms. Brown said…
Mr. Coombs gave exactly the help that was needed when my son became entangled in a legal mess involving controlled substances. His level of professionalism and preparedness was commendable and surpassed anything I had ever seen. He took the time to walk us through the entire court process so that there would be no surprises. Ultimately though the outcome was much better than we had hoped for. My son was allowed to stay in the Army and was able to avoid a court martial. I would highly recommend Mr. Coombs’ services to anyone that is in need of legal help. Thank you once again Mr. Coombs for your assistance in this matter.