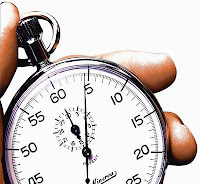 In Article 43, UCMJ (10 U.S.C. § 843), Congress set out the statute of limitations with respect to offenses under the Uniform Code of Military Justice.  For almost all offenses, a person may not be tried if the offense was committed more than five years before the receipt of sworn charges by an officer exercising summary court-martial jurisdiction over the command.  Also, a person may not be given an Article 15 for an offense that was committed more than two years before the imposition of punishment.

There are, however, several exceptions to the general rule.  To know if any of these exceptions apply, you really should seek the advice of an attorney that specializes in military law.  Some of the more common exceptions are the following:

a)  A person charged with absence without leave or missing movement during wartime, or with any offense punishable by death may be tried and punished at any time without limitation.

b)  Another relatively new exception dealing with child-abuse cases is a result of a 2005 and 2007 amendment.  Under these amendments, a person charged in a child abuse case may be tried at anytime through the life of the child-victim or for five years, whichever is longer.   If the case arises from allegations before 24 November 2003, be sure to pay very close attention to whether the amendment applies and if so, how.

d)  Periods in which the accused is absent without authority, fleeing from justice, absent from a territory in which the United States has power to apprehend him, in the custody of civil authorities, or in the hands of the enemy are excluded in computing the period of limitations under Article 43 UCMJ.

In computing the statute of limitations, fractions of a day are excluded, and neither the date the offense was committed nor the date of receipt of charges by the summary court-martial convening authority are counted. Tunnell, 23 M.J. at 110.  Additionally, a “year” is deemed to be a calendar year, not 365 days.  Tunnell, 23 M.J. at 112.

Once the accused raises the issue of the statute of limitations, R.C.M. 905(c)(2)(B) places the burden of persuasion upon the government to show, by a preponderance of the evidence, that the limitations period has not elapsed.