by David Coombs in TCS Fraud 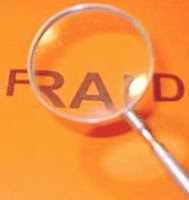 A recent article in the Warrior Citizen, discusses the Army Reserve Command Office of the Staff Judge Advocate’s efforts to step up TCS Fraud prosecutions.  The article details how the Defense Finance and Accounting Service and the Army Criminal Investigation Division along with the Staff Judge Advocate are actively pursuing those who have or are currently defrauding the government.
The SJA office, with a five year statute of limitations, is looking at anyone that looks like they may have committed TCS Fraud.  They are looking at both currently mobilized soldiers and even those that have retired or been de-mobilized.
It does not appear that this crime is limited to just junior ranking soldiers.  The article cites the results of nine different courts-martial (three involved a Lieutenant Colonel, one a Captain, two a Master Sergeant, one a Sergeant First Class and one a Sergeant).  Most of these individuals were recalled to active duty for court-martial.
If you, or someone you know, is being investigated for TCS Fraud, get ahead of the game by contacting the Law Offices of David E. Coombs.  Mr. Coombs has successfully defending soldiers accused of defrauding the government.
Guantanamo Conviction UpheldStatute of Limitations